we're big fans of Samantha Brown on The Travel Channel. she's funny, self-deprecating, smart. cute as a button. we've watched her shows where she was all over the world - - and she was in frickin' austin recently and we didn't know! she was at the broken spoke! she was at barton springs! she was even at the awesome hey cupcake airstream cupcake trailer on south congress!
not that my wife and i would have stalked her.
oh well. whatever she was filming, we'll see it when it makes it to the airwaves.
but it would've been fun to give her the tour of the jifc warehouse.
Posted by Rick Diamond at 10:24:00 AM 1 comment: Links to this post

the golden rule via anne lamott

this is a quote from grace (eventually):

“I remembered my secular father’s only strong spiritual directive: Don’t be an asshole, and make sure everybody eats."

that, my friends, is an absolutely brilliant spiritual plan. a plan for how to live.

notice, i don't say "truth" or "model" or "principle," because "plan" is better. it's about doing, not thinking about doing. you can consider the importance of not being an asshole, but it's far better just to choose to be a decent person who's not a jerk. 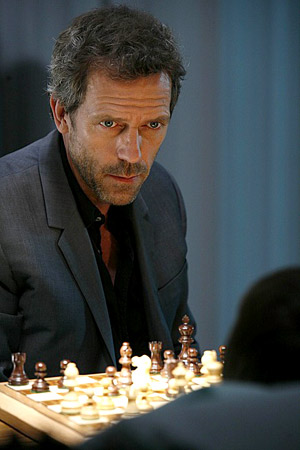 i would've included a series of assholes, but that seemed inappropriate.

i read this speech recently; it was quoted in a beautiful graphic novel; as i was reading, i was struck by how pertinent the speech is. this is the kind of message i want to hear, from my leaders, now. and i want them to make good on it. and inspire all of us to do our part, and serve, and dream. and kick our asses if we don't.

the speech's ideas also resonated with me because they're a good summary of how i feel about journey ifc and what it does on the planet.

i know it's long - skip the parts you don't care for - but i invite you to see if its messages have anything to say to where you are.

turns out, the speech isn't current; it's six months older than i am. it's john f. kennedy's acceptance of the democratic nomination for president, july, 1960. look how far we've come; look how far we have yet to go.

i feel much better now.

why? because i have been gifted with an official assurance that i have a spot in heaven.

welcome them. no, seriously.

this is one of the hardest things for the human beings i know: to welcome what feels painful; to look at what is frightening; to be willing to sit still and pay attention and welcome what we don't understand or can't control. none of these things make any sense unless we believe - know - that there's Something at work larger than what we feel in the millisecond, what we hear from the shadows and tapes in our heads and skin and abdomens, what we use by default to make our decisions.
but i do believe Something is at work. and so i am learning to be still, and wait, and welcome it all.
note: i am learning - this is in process; nevertheless, i'm learning.
here's a poem in which 13th century Persian poet/theologian Rumi, in which he encourages us not to reject, not to dismiss, not to run, but to welcome.

The Guest House, by Rumi; translation by Coleman Barks

this being human is a guest house.
every morning a new arrival.
a joy, a depression, a meanness,
some momentary awareness comes
as an unexpected visitor.

welcome and entertain them all!
even if they're a crowd of sorrows,
who violently sweep your house
empty of its furniture,
still treat each guest honorably.
he may be clearing you out
for some new delight.

the dark thought, the shame, the malice,
meet them at the door laughing,
and invite them in.

be grateful for whoever comes,
because each has been sent
as a guide from beyond.
Posted by Rick Diamond at 7:04:00 AM 1 comment: Links to this post

we will look back at this moment

no matter whether you're a conservative, a liberal, an independent (as i am), a republican, a democrat, a hippie, a yuppie, young, old, rich, poor - if you're an american, this is a moment that is important. that is history. that is a moment we absolutely must recognize. not because the talking heads on tv say it is important - but because we will look back at this moment, and we will see that something important happened.
an african-american person - a black person, a colored person, a negro, a "nigra" as my grandmother used to say - a member of a group of americans who for hundreds of years were not considered fully human beings; a member of a group of americans who have felt disenfranchised and ghettoized and ignored; a member of the strange moniker "minority"; a member of a group of americans who have never had access to the highest levels of power in the same way that the ruling class has; a member of a group of americans who in my lifetime were not allowed to drink water from the same fountain, or use the same restaurant counter, or live in the same neighborhoods, as the people who had had power since the beginning of the american experiment. now the experiment has produced a new result, a perhaps unexpected but nevertheless organically coherent result. one that would of course happen at some point, if the american people were courageous enough to live out what it is they say they believe.
barack obama has won the delegates to become the nominee of one of our two controlling political parties, for the most important and powerful office in the world: president of the united states of america.
it's weird. it's big. it's huge. it's unlikely. it's overdue. it's unlike anything i've seen in my 47 1/2 years on the planet. and i am paying attention.
i don't know what will happen. i don't know what he will do regarding picking a vice presidential running mate; i don't know whether he will become president; i don't know whether, if elected, he'll be a good president (although it'd be hard not to be better than the one we've had for the last two terms). i don't know what role hillary - and bill - clinton will play in either helping, or messing things up, or whatever.
what i do know is this: this is an historic moment. one that is to be recognized as a turning point in american history. and we are here. watching and listening. participating, just by being here, now.

i like mornings. it's not that i don't like afternoons, or evenings, or nighttime, but i'm a morning person. i especially like getting up before sunrise.
my wife, on the other hand, likes to stay up late. she says she can think once everything else starts to wind down. that was much more the case when our kids were little and they went to bed at 8 or 9. now our daughter is 17 and i fall asleep way before she's done with homework. but my wife still likes to stay up late.
i admit, to my shame, that over the years, there have been a few times when we were talking about something important and i fell asleep.
but we morning people can't stay up late for too many nights in a row. if we sleep late in the mornings, we get cranky and frustrated. our systems don't work right.

waking up in the summer and the a/c has been going and it's cool in the house - as cool as it will be all day - that's the best. (today's high in austin: 98; heat index: 103). and then there's walking outside. there is a specific way things feel at 530 or 6 or 630 on a dry summer morning in texas. the air and i know that it'll be a lot hotter later today - but for now, it's 75 or so. a little breeze. i remember that sense of pre-hot morning when i was a kid, getting up on summer mornings, eating breakfast, watching cartoons, and running out the door to play before the sun got cooking. or the morning air before summer church camp or ymca camp or a vacation, packing the car. almost chilly, but not. it'll be hard to breathe later in the day - but not now. there's a little open space.

and in the mornings, there's no one around and you can (usually) start your to-do list later in the day and nobody's calling yet. i write in the mornings, think in the mornings, ramble around in my own head and heart.
plus, mornings are like beginnings. and i'm all for those.
i have a friend, noamie, who says that beginnings are delicate, and are to be treated with care and patience. that's what i feel in the early morning, the long shadows, the cooler air, the birds starting to make daytime noises (but not yet), the a/c still able to keep the house just right, the day still not-quite-decided-yet. care and patience. no rush. it'll get done, or not. for now, breathe.